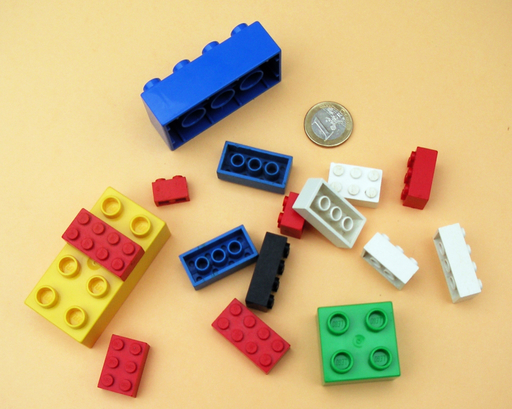 Wikis are an excellent general purpose organization and publishing tool, probably the best we currently have. Yet they suffer from two serious problems: (1) bad software and (2) brutal edit wars. Let’s rethink the concept of the wiki, find the causes of these two problems, and fix them.

The traditional wiki is a website, and it provides the following:

Initial reaction – this is a long list. The traditional wiki isn’t modular tool, it’s a contraption. We already have our answer to (1) – most wiki software (like MediaWiki) is bad because its requirements list is super long.

Wikis do a great job publishing the specs of their markup formats. MediaWiki’s (and by extension Wikipedia’s) is here. This is excellent.

Also, the output format (HTML and CSS) is the right choice. We take it for granted, but wikis could be outputting PDFs like academic journals.

Per-site user accounts are a real drawback. They’re so common we don’t notice them, but it would be much nicer to be able to leave them out.

Bundling a text editor with a wiki installation isn’t great either. Ideally our wiki could just publish the set of markup formats it supports. The user’s machine could then use that information to select an editor. It’s sad that wikis have to know about this stuff:

But both of these decisions make sense in the context of accessibility. Accessibility is one of the top goals of the traditional wiki. It’s meant to be useful without installing any software whatsoever. Seemingly it succeeds.

We’ll come back to accessibility later.

What is a Page?

So we have a great spec for our markup. What’s the spec for a whole page? Not just the current markup, but also history and contributors?

And here’s an example page.

First thought: it’s good they have a spec.

Third thought: there’s been some horrible collapse of mindset. The spec is named export-0.6.xsd.

Crack in the Foundation

A natural design would be to build most of the tooling around single pages. To start a new wiki simply create a .page file in a shared Dropbox folder. Then edit away with PageEditor for a couple weeks. Eventually this grows into dozens of .page files, and you and your friends have a full fledged wiki. Or not. Not every idea is worth keeping around. .page is perfect for experimentation.

Of course, there’s been some kind of oversight. .page and PageEditor don’t actually exist.

What we have instead is MediaWiki export-0.6 XML documents.

There actually is one tool that works on such documents. It’s called MediaWiki and it’s 299,000 lines of PHP. You also need a SQL database and a web server. Where’s our accessibility now?

Traditional wikis’ accessibility is shallow. Their level of centralization is high. Decisions made with the best intentions have led to two fundamental flaws:

At least we’ve got an answer to question (2).

No wonder we fight all the time. Each author is trapped in with the others like rats in a box. They can’t even write locally. Everything goes straight into the box. Then everyone in the box has to agree on exactly what’s going to be kept.

Traditional wikis encourage conflict. This is silly and sad.

A page forkable wiki is a wiki where:

Every specification should have an implementation.

It’s actually pretty feasible to make a traditional wiki page-forkable. The hardest part would be writing the page editor, since it involves being able to write and read an ad-hoc version control system.

To avoid this work, the prototype implementation is based around its own page spec.

Each page in the prototype implementation is a git repo, which contains:

Since the page definition is so off-the-shelf we can immediately start doing interesting things.

Below is the traditional wiki:

The prototype implementation breaks off the page writing process entirely, outsourcing it to a git hosting service:

In detail, authorship tracking and page history are handled by git.[2] Good markup formats already exist. The text editor is provided by the user, and user accounts are provided by the git hosting service.

This doesn’t leave much wiki left to write. Information is only flowing in one direction so it uses a static site generator:

Something interesting emerges from this.

In our quest to get editable standalone pages, we got federation for free. One page can be on multiple wikis, and one wiki can aggregate pages from multiple git hosts.

This is fantastic because it allows separation between content creation and curation. Writers can keep their writing under their own control. They can experiment with their pages and be as daring as they want in trying to escape local maxima. For subjective content like tutorials this is an important freedom.

Curators can search anywhere for gems to include in their wikis. Disagreements become less serious since the stakes are reduced (a page being deleted from a particular wiki is much less serious than being removed from the web altogether). Federated systems aren’t totally harmonious, but they’re a big improvement over the rats-in-a-box relationship of authors in a centralized project.

Someday when everyone owns personal servers even federation won’t be necessary. Wikis will be truly decentralized. A wiki will simply consist of a set of hashes referencing edits originating from such servers.

In the meantime page-forkable wikis are a nice small step. Page-forkable, federated wikis are an even bigger improvement, and can be easily built using existing version control programs and hosts. The running wiki site is flashy and has gotten the attention until now, but it’s built around the page, and the page can exist without the site.

[1] “page” here (and throughout the article) includes the current version of the page, the history of its changes, and authorship information for each change. It’s trivial to download the current version of a page and edit it locally in a text editor, but I don’t think a piece of markup without history has any remaining connection to the idea of a wiki. History is essential to the concept of a wiki page. ↩

[2] Git-backed wikis are already an interesting alternative to traditional wikis. However, they’re even less page-forkable than traditional repos. Extracting the history of only a single directory from a git repo is difficult with current tooling.↩